The Trucks'N'Toys team has over 40 years of experience with RAM trucks. Discover how we became the most experienced RAM dealer in Australia.

Trucks'N'Toys are a family-owned and operated company and have been in operation for over 40 years. However, over the last ten years, we have diversified our specialisation towards RAM and Silverados. Integrity and accountability are at the core of everything we do and we believe in good old fashioned service you can rely on. In short, we are a professional RAM Parts and Accessories business with family values you can count on! 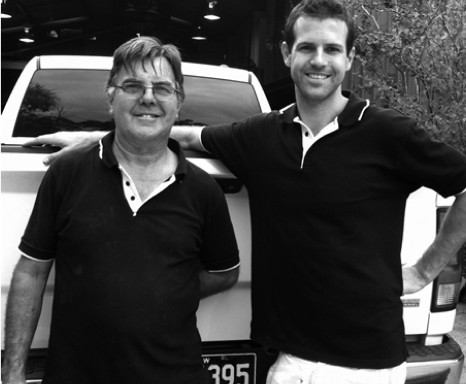 Trucks'N'Toys is a family-owned and operated company that has been in operation for over 40 years. John Davis founded the company in 1978 as John E Davis Motorworks and became Sydney’s most reputable Range Rover Specialist during that time. With a workshop boasting 30 mechanics and customisation shop that delivered high-performance upgrades and modifications, John positioned himself as a well-respected specialist and achieved international success with a career that took him to the United Arab Emirates to contract directly to The Crown Prince for over a decade.

In 2008, John’s son Ben Davis joined the business and was instrumental in recalibrating the organisation's focus. Ben had a passion for American Pick Ups and focused his attention on becoming Australia’s first premium conversation brand, delivering mirror image left to right-hand drive conversions of Dodge RAMS. With this vision, the Trucks'N'Toys brand was created.

Ben has a relentless drive for quality and soon built a reputation within the industry for his uncompromised quality standards. Ben and his team managed to deliver such high workmanship that the business soon found itself being booked out 2 years in advance. As a result of the success of the conversions, coupled with the teams mechanical and technical expertise, it became an obvious addition to start importing, fitting and distributing parts and accessories for the Dodge RAM and later the Chev Silverado.

Want to learn more about Trucks‘N’Toys?

Speak to our team of RAM experts today.

"The staff always give me their time which I really appreciate. I would recommend Trucks'N'Toys to anyone and everyone."